You are here: Home / Tools to Help / Violet’s Story 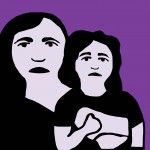 Below is Violet’s Story. She was in a relationship with her abusive partner for 10 years. As you read through the story, you will notice some highlighted words. Click on them to learn more.

I was in a relationship for 10 years with a man I now realize was abusive to me. He was extremely jealous and I thought it was a sign that he loved me. But now I know that was a warning sign of an abusive partner. He only hit me once when we were dating, and he promised it would never happen again. Our relationship was good until I was pregnant.

My partner would log into my Facebook account and read my messages. He made me delete friends from my online accounts and would use social media to keep track of where I was.

He became more violent and abusive. He called me fat and stupid, and said no one would want me because I had gained so much weight. After many months of different types of abuse including psychological and verbal abuse, I stood up to him. That was when he hit me so hard that I had to go to the hospital. I forgave him for that and for many more times.

Initially, my family and friends were very supportive, but soon they did not want to hear about it. It was difficult for them to understand why I stayed and why I kept going back to him. I began to blame myself and was totally depressed. I was feeling sad and frustrated. I spent many years feeling that no one would love me, but I did not want to be alone. He was nice sometimes so I stayed.

As the years passed, I did know that the bad times were increasing, but I didn’t want to admit it. I also started to wonder how the abuse was affecting my kids. As the violence got worse, I finally realized something had to change. I admitted to friends and family what was happening and they gave me the phone numbers of some places offering help for abused women. I phoned several places to find out what I should do if I were to leave. I was scared of course, because I knew that if the kids and I left him he would come after us and maybe try to take the kids away. So I decided I needed to know how to keep my children with me. I found out that the legal term for this is custody.

I Looked for Help

I began slowly… phoning different places that provided services for women in violent and abusive relationships. Sometimes I phoned for information; sometimes just to talk.

I remember talking to a counsellor about what to do if he were to hit me again. She told me to phone the police if I were in danger. She gave me many suggestions. She also told me to make sure I had all my documents and medications in a safe place. If I decided to leave suddenly, I could get them easily. Together we made a safety plan. I found that thinking about what I had to do gave me the strength to make a decision.

I finally made the decision to leave after he hit me again. The police came and laid charges against him. The police took me to a nearby women’s shelter. My children and I stayed there for three weeks.

While I was at the shelter, I found out that he had charged me with kidnapping because I took the children with me. I had to rush to court to get an interim custody order.

While staying at the shelter, I looked for a new place to live. I was worried that once we left the shelter he would find us. I shared these concerns with the shelter workers and they suggested a restraining order. A restraining order is a type of protective order. They told me about the Protection Against Family Violence Act. They also told me that if I wanted to get a divorce, I might need to apply for Legal Aid to get a lawyer as I did not have any money.

I was also called to testify about what happened the last time he hit me, when the police laid charges. I was scared to go to court and it was awful to think that he would be there too. I didn’t know what to expect.

I learned a lot from all the people I talked to. I learned about what I need to know and what my choices are. I know that there are things I can do. 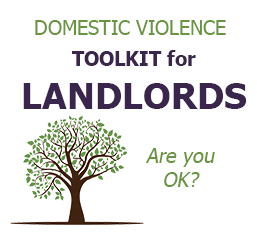